You are here: Home / Albatros 9 Update

During the process of introduction of the new software version “Albatros 9” and the associated redesign of the license agreement contracts with golf course customers, Albatros has also updated its general terms and conditions.

From now on, our terms and conditions apply as of January 1st, 2022.

Three more golf courses started piloting this week with the Albatros 9 software. One of the great strengths of the new solution comes into play directly – flexibility and independence of location. While some pilot courses use the A9 software directly as a hosted solution, others continue to operate the software as usual in the local network. In both cases, the system is also directly available to employees for external access, for example from their home office or on the go.

All three golf courses have already received intensive onboarding by the Albatros service team and have now started their day-to-day work with them. Here, too, the first feedback from the employees is overwhelmingly good, working with A9 is described as simple, intuitive and very user-friendly.

The time has finally come – the new software version Albatros has seen the light of day!

Albatros celebrates the A9 release party with all Albatros teams worldwide on January 21, 2020! Since then, the first golf course customer has been piloting the new “Albatros 9” software. We are very happy and very proud to have reached this milestone. Thanks to the whole Albatros team and of course to all our customers for their patience and loyalty! 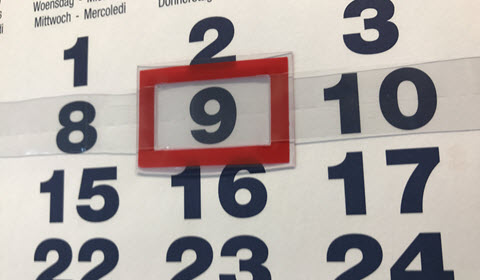 With Albatros 9, we provide our customers with numerous new tools to make planning and organizing their own work enormously easier. But also the view of the entire facility, of all processes in the various areas such as tournaments, greenkeeping, driving ranges, restaurants or conference areas can be seen at a glance, but also combined and planned and coordinated. In addition to the task planner and task management, the “good old” calendar plays a central role. 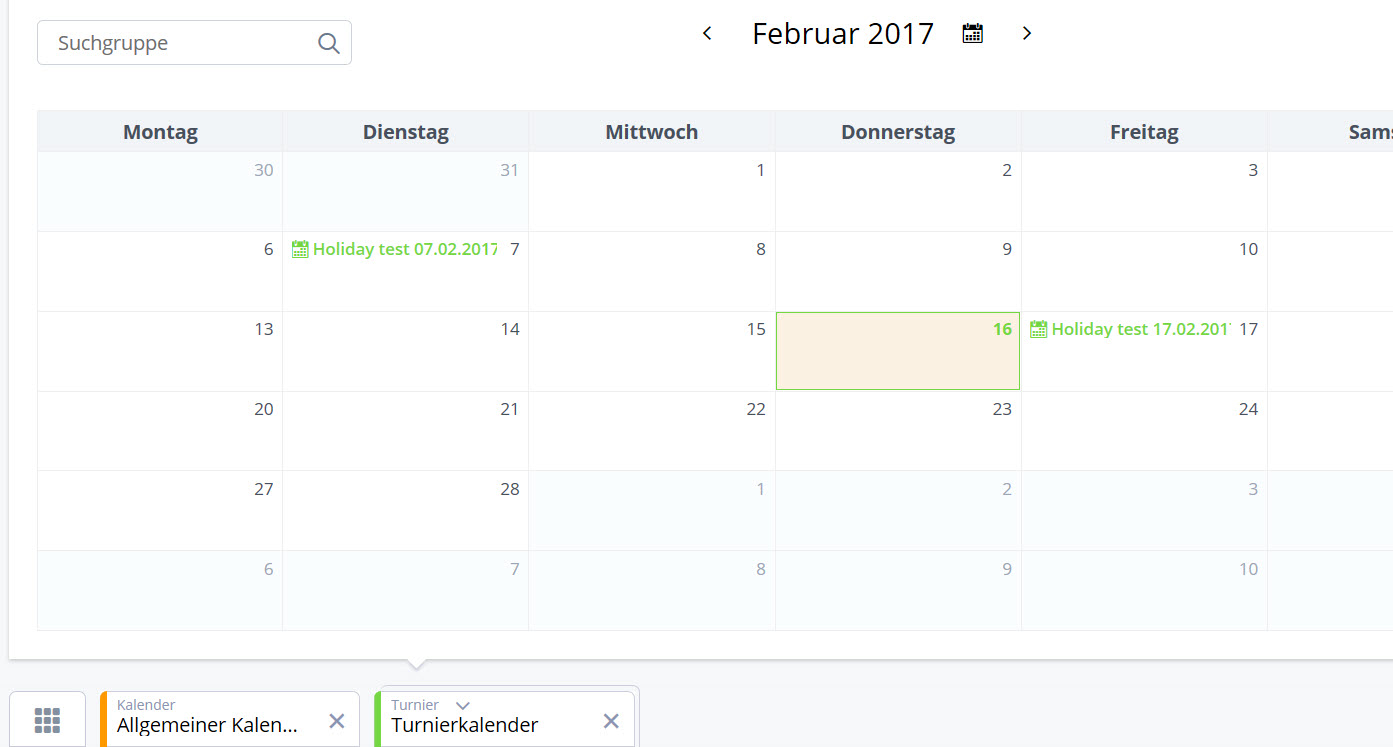 The new software not only contains a new and visually modern calendar view of the tournament events of the facility, but also a full calendar and planning tool for all work areas. Calendars for all areas can be created and managed in several levels, then superimposed and compared for planning purposes. 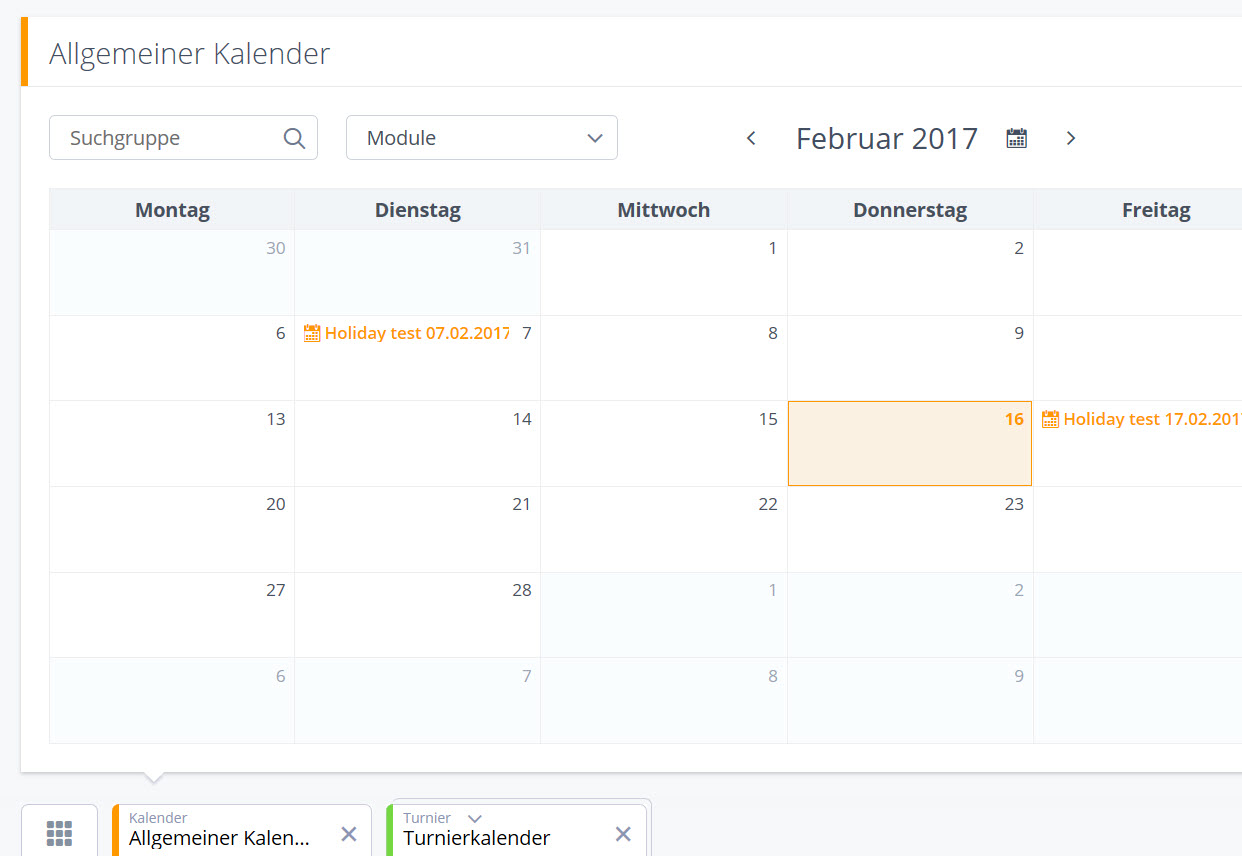 This gives the employees of the golf course a completely new overview of their daily work and can also immediately provide qualified information to customers and members. For the club manager, new options for long-term work planning, but also the ad hoc response to bottlenecks, arise directly from Albatros. 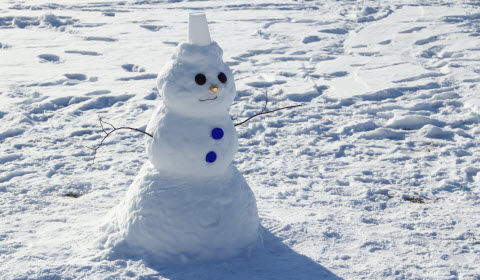 With the introduction of the Albatros 9 software version, the “user”, ie the user of the software, will play an even more important and larger role. All previous versions of Albatros were based on a so-called “concurrent license” model, in which the software can be installed on any number of computers, but the number of licenses acquired then determines how often the software can be used SIMULTANEOUSLY. For many of our customers, this led to the fact that generally named Albatros users were created in the system (“User Manager”, “User Backoffice”, “User Frontoffice” etc.), which are then used in turn by various employees.

With Albatros 9, the individual user should now play a much larger role. In the future, every employee will log on to the Albatros system by name and this is documented on the home screen, which shows the name and photo of the active user.

The fact that Albatros 9 can ultimately be used on the web and therefore on any number of different end devices and technical platforms inevitably means that the user model had to be fundamentally reconsidered and changed. In future, each user can log in and work with his or her own, individual login, depending on the situation in the club on the computer or in the home office on the PC, on the go on the notebook or also using a tablet and smartphone. The only requirement is that he works in the network or has Internet access. Logging in to a device then naturally leads to the user being automatically logged out of the previously used device.

Due to the completely changed technical and organizational framework at Albatros 9, we will therefore switch the licensing to a so-called “named user” model. This means that every person who is to work with the software must be created as a named user individually in Albatros. Each user then receives his own profile and can also configure and adjust “his” Albatros to a certain extent to his needs. The administrator of the Albatros system of the golf course can of course also assign specially adapted user rights to each user, restricting them depending on the task and position.

We assume that the conversion of the license model to the “Named User” means for many golf courses a real organizational reorientation and a certain mental change. We are well aware of this. However, we see the enormous advantages that the future user model will have for all golf courses. Not only does the employee get much more individual reference to his software and working with Albatros. 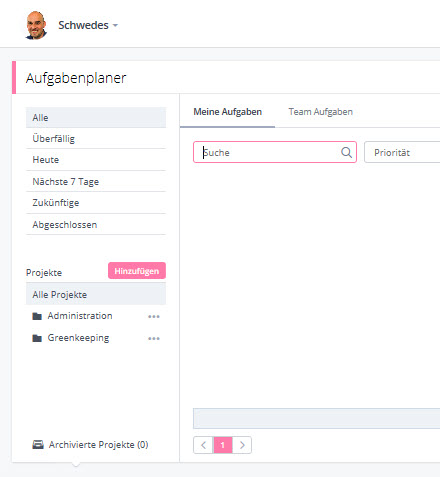 With completely new module expansions such as a task planner and chat functions, it will be very easy in the future with Albatros to promote and optimally structure the cooperation between the employees / users on the golf course. The receptionist in the morning can hand over information and tasks to the midday shift, the club manager can distribute and understand upcoming tasks to his employees. In a later expansion stage, the Albatros package will also receive personnel resource planning and time recording, which will then also be based on employees and users that can be distinguished by name.

The term “Business Intelligence” (BI for short) is experiencing a renaissance due to the new possibilities of cloud solutions and high availability of the Internet and is entering completely new dimensions through the most modern technologies. BI was once defined as “procedure and process for the systematic analysis (collection, evaluation and presentation) of data in electronic form”, but today BI offers much more. The goal today is no longer just the software-supported collection and storage of company data in order to make it strategically evaluable. Today, data collection is hardly a serious problem for any IT system, and data storage is also possible and affordable in an almost infinite amount.
BI means much more today to have the data collected in this way quickly, permanently up-to-date and in a quickly understandable, graphic form available and displayable. Data analysis in real time and in a user-friendly way without being banal. 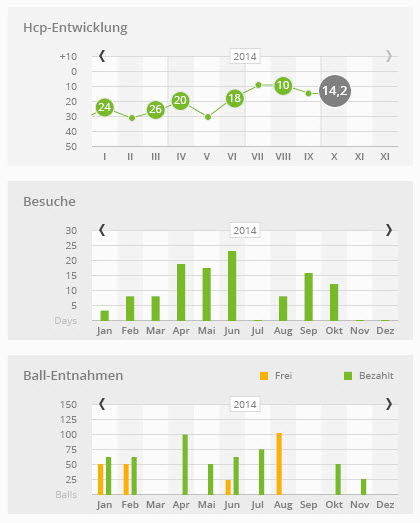 With the wish of our customers for quickly accessible, easy-to-configure and always up-to-date statistics and evaluations about their own golf course, the development project team at Albatros 9 received a clear order in the area of statistics and issues reports. We have taken on this task and see a clear solution – “Business Intelligence”. 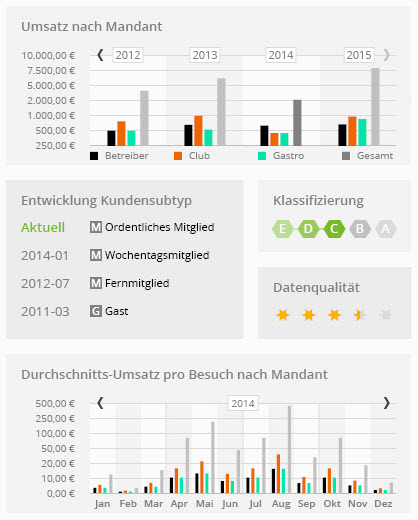 The new version of Albatros 9 will therefore no longer be just a tool for simple data collection, but will also primarily provide you with smart and easy-to-understand data analyzes in real time. Wherever you want, when you want and with which device you want – an Internet connection is sufficient.

We go into the different roles that the employee can have on the golf course – and the associated different rights, but also demands on the type and scope of the data. The receptionist will want to see and monitor other real-time data – such as the status of the ball machine or the date of a guest’s last visit – like the club manager who needs regular and detailed occupancy or budget analysis.
In addition, Albatros 9 will offer both a broad and growing “arsenal” of pre-designed and finished analyzes and graphics. Albatros 9 will also offer an extremely user-friendly “statistics generator”, which enables the golf course to run very individual reports and analyzes. Very easy to use, quickly available and, on request, both storable and automatically sendable by email to an interested group of users.

Albatros 9 will therefore be the first true BI tool for golf courses that meets the modern requirements of golf courses, but also the very latest technology. Let yourself be inspired by the new possibilities that we have implemented for you based on your requirements and wishes.

This site uses cookies. By continuing to browse the site, you are agreeing to our use of cookies.

We may request cookies to be set on your device. We use cookies to let us know when you visit our websites, how you interact with us, to enrich your user experience, and to customize your relationship with our website.

Click on the different category headings to find out more. You can also change some of your preferences. Note that blocking some types of cookies may impact your experience on our websites and the services we are able to offer.

These cookies are strictly necessary to provide you with services available through our website and to use some of its features.

Because these cookies are strictly necessary to deliver the website, you cannot refuse them without impacting how our site functions. You can block or delete them by changing your browser settings and force blocking all cookies on this website.

These cookies collect information that is used either in aggregate form to help us understand how our website is being used or how effective our marketing campaigns are, or to help us customize our website and application for you in order to enhance your experience.

If you do not want that we track your visist to our site you can disable tracking in your browser here:

We also use different external services like Google Webfonts, Google Maps and external Video providers. Since these providers may collect personal data like your IP address we allow you to block them here. Please be aware that this might heavily reduce the functionality and appearance of our site. Changes will take effect once you reload the page.